③ However, if you do not have savings of 15,000 USD at the beginning, you will have to stop studying and will have to return home due to lack of money.

⑤ Some people want to study abroad by taking a bank loan, but the loan is a  debt and must be repaid.  If you fail to repay the loan within the period during which you are studying in Japan, you will violate the law and work long time part-time jobs inorder to repay the loan. There is a possibility of forced repatriation in some cases because it is against the law.  As a result, the Immigration Bureau of Japan tends not to accept applications for studying in Japan with loans.  (Bank balance certificate may be investigated.)

For these reasons, study in Japan is subject to financial support (usually his / her father or mother) or the person himself must have a savings of more than 15,000 USD.

▶ There are some people who do not have 15,000 USD and make fake  bank certificates, but the Immigration Bureau in Japan is very good at detecting fake bank balance certificates, as it comes across  a lot of them.  Those who have been accused of forgery will hardly be able to enter Japan. 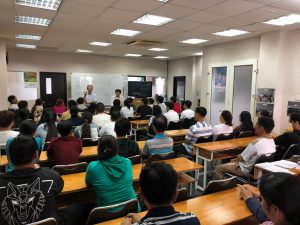